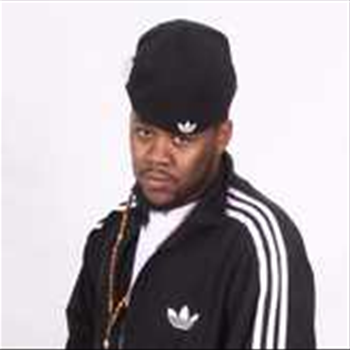 Timothy Cannon aka “Piwreckz” is an aspiring rap artist who is destined for greatness. He is known for the seriousness displayed while performing his craft and the music he creates is appealing to all ages. Piwreckz, style is often compared to a mix of two rap legends 2 Pac Shakur and Jay-Z. This is due to the metaphors reflecting the realness, pain, wordplay, and swagger displayed in his songs. Piwreckz is currently working on his first solo album titled “PIWRECKZ”.


Piwreckz, was born, June 8, 1984, in a small Midwest town Lima, Ohio. He is the fourth child of five children. Piwreckz has always loved music since he was a child. In 1998, Piwreckz began to take his passion for music further by writing his own songs. He began recording in a real studio with the help of a well-respected rapper in his neighborhood by the name of Smallz. Smallz, assisted Piwreckz with writing until the year of 2000 when he joined his first music group and began recording music.

In 2002, Piwreckz took his act on the road with the help of Kendall Lott and Dexter Porter. He traveled to Atlanta and performed at the historical Royal Peacock on Auburn Avenue. He was given the opportunity to participate in Atlanta’s Hip Hop Appreciation week, hosted by hip hop legend KRS 1.  This was when his craft became a career.  He sat in on panel discussions with Toni Mercedes, Talib Shabazz, Big Oomp, and other major players in the industry who helped him become a force to be reckoned with.  Since then, Piwreckz has been working in Ohio with independent label Noamad$ and Ceo. Rick Thomas. The independent label has worked with several well known artists such as the legendary Outlawz and more. During Piwreckz work with Noamad$, he released over 10 group mixtapes and several group albums. This lead to opening on stage for known artist such as Scarface, Eightball & MJG, Master P, Jadakiss & Styles P, Rocko, Bun B, Bobby V, Do or Die, Jim Jones, and Juvenile to name a few.

Due to Piwreckz recent success and in 2010 on his mixtape with artist Young Jones, they started a label of their own called Gee Boy Records.  Since then Piwreckz has released over 6 solo mixtapes. He has also worked with artists such as Yukmouth, Black Child, Day 2, and more.  Currently, Piwreckz is working hard as a rap artist to become a driving force within the music industry. While still doing the underground nightclubs and studios, his music remains one of the most listen to in main stream.

" NO NUTS NO GLORY, MY BIOGRAPHY YOU DAMN RIGHT A TRUE STORY." (YOUNG JEEZY)