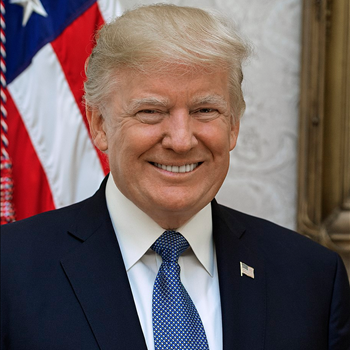 The 45th President of the United StatesDonald J. Trump

Donald J. Trump is the very definition of the American success story, setting the standards of excellence in his business endeavors, and now, for the United States of America.

A graduate of the Wharton School of Finance, President Trump has always dreamed big and pushed the boundaries of what is possible his entire career, devoting his life to building business, jobs and the American Dream. This was brought to life by a movement he inspired in the people of America when he announced his candidacy for President of the United States in June 2015.